Fighting to save Christian 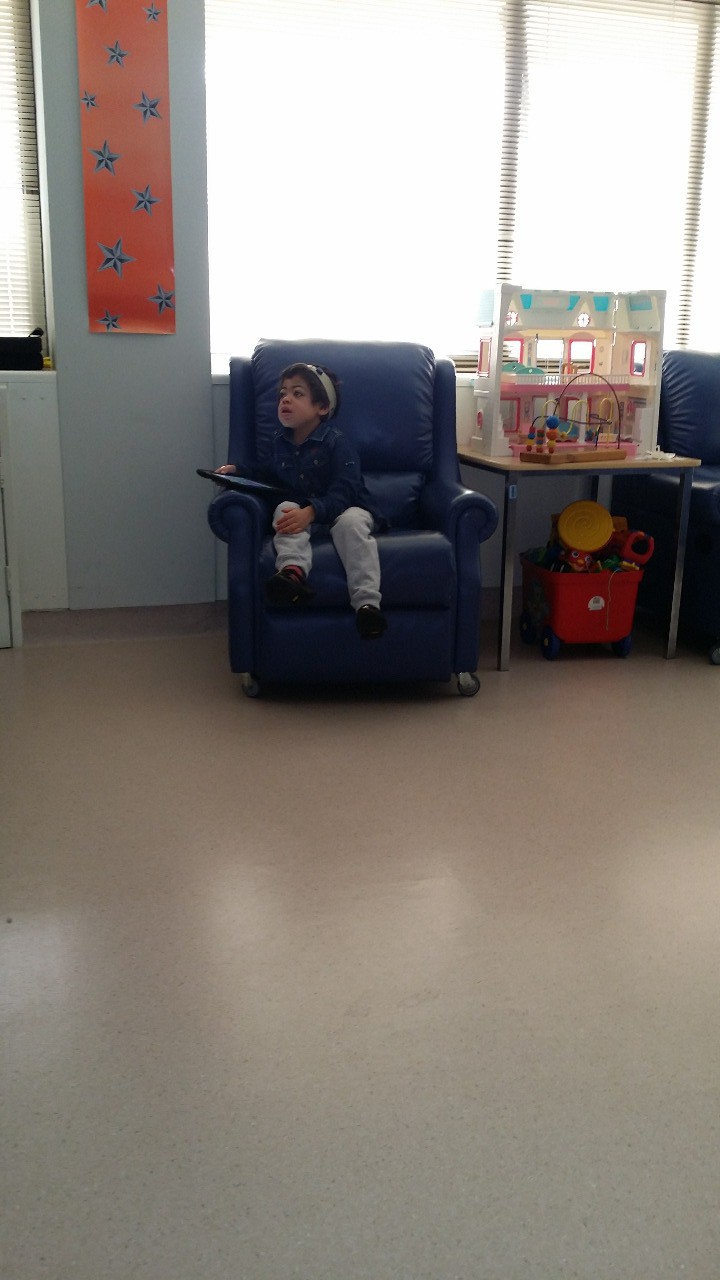 This week marks an important milestone, it is one year ago since we first embarked on pioneering a clinical trial for hunter syndrome patients in Australia. The trial known as Idursulfase IT is very important for sufferers of hunter syndrome with the more severe form given that the current medication available does not treat the brain.

A year ago, I began to research the feasibility of having an Idursulfase IT trial site established in Australia. We started with a blank canvass. I simply picked up the phone and had a discussion with the medical director from Genzyme Australia, followed by discussions with several metabolic doctors, the MPS Society and several parents of patients both in Australia and overseas about the trial.

The responses received from these initial discussions wasn’t exactly positive. There were some concerns from parents about the safety of the trial but there was also a reluctance from the conservative medical profession. Some of the doctors hadn’t even heard of what was going on overseas.

Nonetheless we decided to continue to explore how we could establish this trial in Australia.  We decided to seek the support of a leading metabolic specialist who offered his support.

Though Genzyme is the distributor of ERT in Australia they could not advise on how to go about having a trial site established in Australia. Nonetheless, they wanted to help and they offered to make some enquires. They told us to send them a letter and they would locate the correct person/s in Shire to send our letter. But after several weeks, they informed us that they were still consulting with their American counterpart and would let us know as soon as they knew.

For us time was running out as the global trial had to move to the next phase with or without Australia on board so we decided we would make our own enquiries. We were put in touch with Dr. Joseph Muenzer lead scientist for the phase I/II trial at the University of North Carolina.

We then wrote a letter to Dr. Muezner. He was so helpful and quickly provided us with the details for Shire Medical Director and Coordinator of the trial. He also forward our letter to Shire HGT.

This was the beginning of our communication with Shire HGT.  We began corresponding with them and they were delighted to learn that there were patients in Australia willing to participate in this life saving clinical trial. At the time they were also aware of a change in health department policy with patients with neurological involvement being able to gain access to Elaprase.

After several months of correspondence Shire informed us in December 2013 that Australia was now being considered as potential trial site for the phase II/III global trials. They committed to commencing a feasibility study in Australia.

We were delighted and humbled by their decision but as we began to communicate with our local hospitals we realized there would be several obstacles to overcome before Shire could establish a trial in Australia. The first obstacle we encountered was our lead metabolic doctor was no longer going to be involved in the trial as his hospital was either not willing or able to support the trial. Two other leading pediatric hospitals also provided the similar response.

After several phone calls, letters and meetings. We finally learnt that there were now only two hospitals willing with the capacity to run the trial and we have continued to work closely with one of those hospital .

But there was still another major hurdle to overcome which was the Federal Governments Life Saving Drug Program (LSDP) MPS-II Guideline. There are clauses within this guideline which we knew were discriminatory and if not amended could pose a problem for any future clinical trials in Australia. This was one of the reasons why we raised these concerns in a letter to the Federal Health Minister back in July 2013.

Looking back over the past year, we have achieved a great deal with all key stakeholders. We are positive on the current status of the trial and quietly confident that we will achieve what we set out to do a year ago. Shire is currently addressing their concerns directly with the LSDP and should have issues they had with the guideline resolved very soon.

In the very near future our story will go to air where we will report on the final outcome of this trial and our extraordinary journey to have a clinical site for our son with hunter syndrome and other hunter syndrome sufferers receive treatment for the disease in the brain .